It was not her first outing after a forced isolation. After a nervous breakdown during her second finals in her undergraduate studies, she went into hiding in her cousins basement.

Where before the pressures of studying a major she no longer had any interest in, and having to deal with her parent’s lofty aspirations in their only child, fifteen years later, this hit differently. 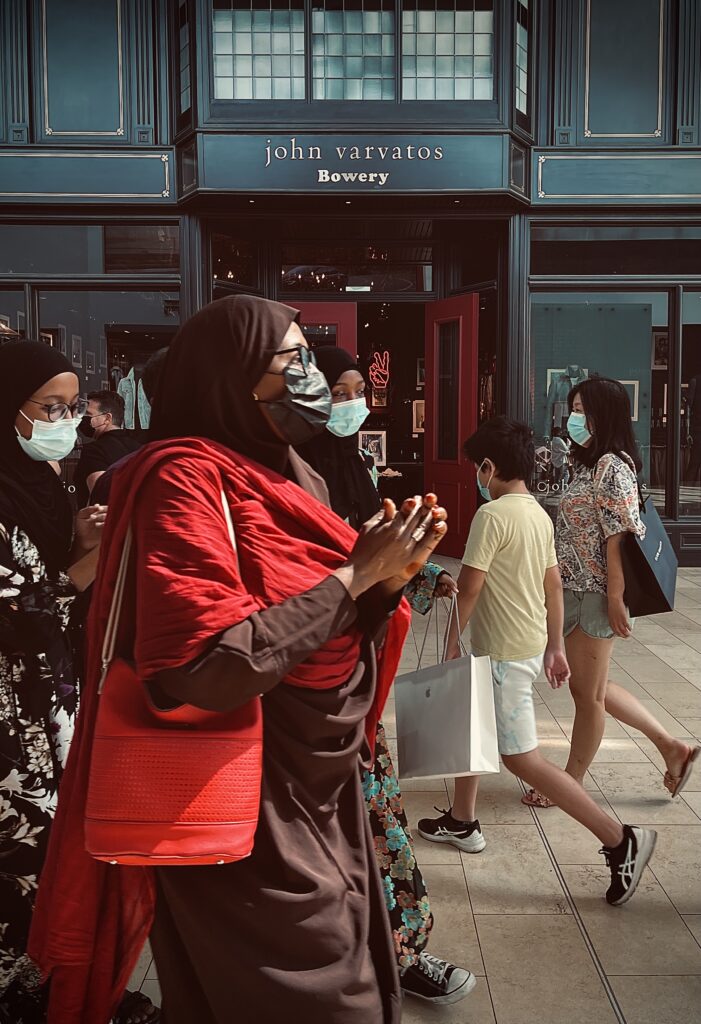 Where before she sheepishly emerged for the second half-semester of summer courses, fully aware that her in ability to move from her seat after her Ethics exam was all about her own circumstance, this, standing in this mall, hit differently yet the same.

As she floated by and quickly passed pedestrians unaware of their distance from strangers, the wall of oblivious and anonymous traffic stopped her. Unable to move from her spot her panic only increased as strangers brushed shoulders with her laughing as they passed her by. All thoughts about picking up her husband that $200 faux-vintage stained shirt came rushing at her like an exploding damn. Staring at the sea of people she felt like drowning was an assured consequence.

Where before her first summer course she looked down at her feet with her perisperhal vision and took one step at a time, she did so again in the present. Before she knew it she was in the store and the flurry of the schools traffic behind her calmed to an ocean of glass.