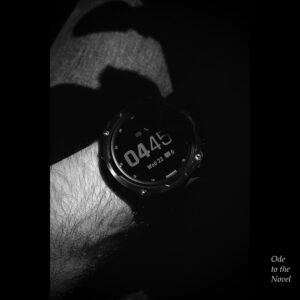 So come with me into a day that spanned an entire nineteen hours. Out of necessity, we relinquish control of the city over to its critters. Starting the day at two in the morning, two and half hours earlier than usual, I was treated to a level of peace that only stray cats and possums enjoy. Getting in their hunt for smaller critters and discarded calories from larger beings, there was an elevated level of activity close to the great lake and its many trails. Waiting in my car, I could see them zig-zag from house to house and take turns in what was a well-coordinated and choreographed hunt before the neighbourhood humans started waking up and making their way towards their early morning construction shifts.

I was seated in my car patiently waiting, for I was asked to drive a close friend to a hospital north of the city for an operation. Since I 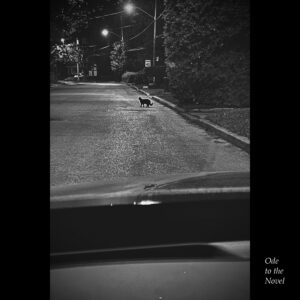 am awake during these hours, I accepted wholeheartedly and was very happy to do so. Waking up two hours earlier than usual allowed me to get ahead of the day, just in case I could not settle down somewhere with my portable office while the surgery took place. It was not until I settled down at a Starbucks open at six that I got a window into the unexpected challenges that a day like this presents and what the remedy is.

Seated with my back to a window facing the entrance, I set up my portable office and started with my newspaper. As the morning progressed, the sun was blaring behind me, and as I looked around for an alternative seat, I saw a grizzled veteran of places such as this make the correct move. Seated in front of me, a woman got up, adjusted the blinds, and sat back down. It never occurred to me to 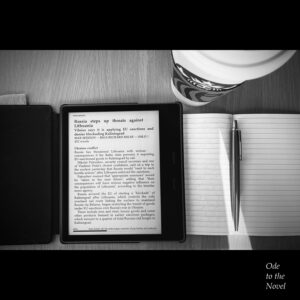 do this, for I thought it wasn’t polite to do so without asking permission. Looking at her, amazed at my stupidity and for being so out of practice in such environments due to the pandemic, she thought I was looking at her with the intentions of most other men. I laughed, got up, adjusted the blinds being me and thanked her for the idea, to which she relaxed, and I went straight back to work as I put aside my newspaper.

It was then that the tone and lesson for the day were established. A good friend shared a video of a man getting violently attacked at a quiet gas station in the Greater Toronto Area before having his vehicle stolen by the three attackers.

“I’m only filling up gas at a busy gas station from here on out,” the text that accompanied text soon followed. 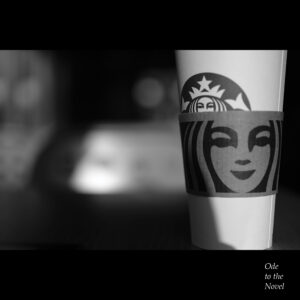 I quickly typed, “I did not need to see that this morning. Please leave me out of these conversations in the future,” before deleting it and not responding.

“Very sad,” said another friend in the chat.

“This is the new reality in this city,” wrote another.

“With inflation and the loss of jobs, we are now starting to see violent crime similar to many cities in the states. Pretty soon, we, like citizens living in most neighbourhoods in Chicago, will have to stay behind their locked doors after 6 pm,” I wrote before quickly deleting this body of text once again. I did not want to engage with my friends on this topic, and as I looked up, I saw why on the face of the woman in front of me. Upon seeing the video, I immediately 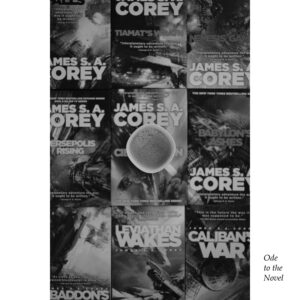 placed the many people I care for in the place of the man being attacked. My concern, level of distress and sorrow was written all over my face. I quickly readjusted my demeanour and face, for I learned that days such as these when one’s sleeping schedule is thrown off leaves them open to higher levels of empathy.

The rest of the day did not get any better after I dropped off my friend after his successful surgery, as more bad news and unnecessary speed bumps at work flooded my phone with notifications. Around five in the evening, it was then that I turned to the novel, for it was precisely on these days that this medium was most effective.

On this day, I was treated to a gem of a novella by Peng Shepherd titled The Future Library. Mrs. Shepherd does what great writers 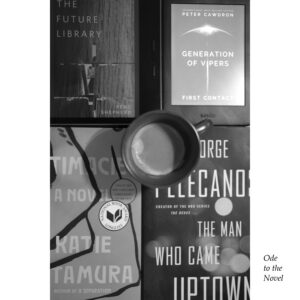 do best. They put you in someone else’s shoes and allow you to view their world and their hardships through their lens with all the vulnerabilities present. This was the first time I experienced this to have been accomplished on such a level in such a short format. Other authors, such as Katie Kitamura in Intimacies, do this exceptionally well over an entire novel, allowing the reader to grow with the main character. Emily St. John Mandel masterfully did both in her recent work Sea of Tranquility, where she covered the experiences of one main character and touched on the lives of other characters to significant effect. The fictional author Olive was the most punctuated and powerful character. Undoubtedly this character was drawn from Mrs. Mandel’s personal experience as an author having to go on book tours while leaving a young family back at home. The humanity of this was immense when it was considered how many pages were allocated to her.

Many academics and renowned intellectuals have made much about the significance of the novel. In his essential work The Better Angels of Our Nature, Steven Pinker accredited the mass distribution of the novel for helping our species become one which turned to conflict and violence less over time. This was due to increased levels of empathy humans felt when reading novels. On this day, I was particularly moved by the power behind the novel. The opportunity to place your trust in someone else’s expert hands and to allow yourself to get lost in the concerns, worries and various paths taken towards resolving them in a fictional character is truly powerful on such days. To have no consequence behind the suffering and trials a fictional character face offers an avenue to explore trying matters without the fear of direct application to one’s immediate life.