As the world reopens, many are finding the unique social pressures that the pandemic unearthed to be damaging and upsetting. These social pressures are those experienced when faced with an anti-vaxxer, COVID-denier, or climate change-denier. By actively self-monitoring and more accurately gauging the circumstances at hand, we shall explore how you can reduce this form of fatigue, and lead a higher quality of life.

The issue of dealing with people who have been infected by memetic viruses which have lead to new groupings of conspiracy theorists, extremist groups, or alternative facts followers is a real hazard that many have to face now in North America. For this topic, an upcoming article will look into the science behind these forms of extremism and how to deal with them. It will be a lengthy paper full of resources, with an abstract and a summary provided for those who do not have the time or inclination for heavy reading. 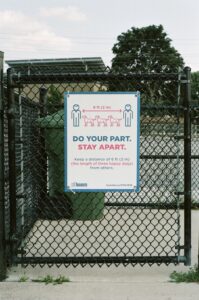 What is COVID-19-induced social fatigue, and what is its potential harm:

“I do not know what the big deal is,” she said with a confident shrug. “Every day I went out, did my groceries, lived my life and I never caught COVID.” Rather than being surprised at my friend’s casual dismissal of the world’s continual suffering, I remained quiet for my own reaction warranted further scrutiny. Whereas in the past I would have gladly treated this as a teachable moment, carefully citing sources on what we as a species had endured during the last eighteen months, this time I remained silent. As the dinner party continued, discussions shifted and flowed among various topics. Genuine glee blanketed everyone for being with their double-vaccinated loved ones. As a result, most were left with an overwhelming sense of simply being grateful. I left with a greater understanding of my own heightened and alarming level of fatigue, and the dangers that it presented.

I left the party with a renewed recognition of the fatigue that not only I, but that of many around me had been feeling. A note, however: my fatigue was amplified by months of sleep deprivation due to circumstances not directly related to the pandemic.The pandemic’s plane of suffering is not uniform or a flat topographical landmass; it is tiered. A satellite’s view of the current state of suffering most likely would reveal a striking mountain range giving way to a cliff face followed by a smooth and open grassland. Those living on the rocky uneven and cavernous landscape bore the brunt of the pandemic, leaving the grasslands to those who were either mildly inconvenienced, or simply left unscathed from the pandemic. It would be too easy to simply identify these groups being those from rich countries and those from the developing world. This is lacking nuance and overlooks those in developed countries who have been either impacted economically, or have had their own health under attack during this sustained period. The overbearing stark contrast from the vaccination rates in the developing world versus those in countries where new variants of COVID-19 ravage their populations makes such cognitive shortcuts easy and seemingly viable for those in the last two cases. The same can be said when looking at the vaccination numbers (at the time of this writing) in the United States of America, where people who voted for the Democratic party’s candidates show a much greater vaccination rate than those who voted for the Republican party’s candidates. We will not go into the reasons why this is so here, but rather in a later paper. The parallels between the two groups and those who acknowledge climate change is also alarming, and we will touch upon this in the next section. The list of divisions between those who suffer and those who refuse to acknowledge the suffering can go on for quite a while. Our capacity to consume information is strained, but the processing of that information simply does not take place when fatigued.

The friend in question who didn’t see the “big deal” of the pandemic lives in an affluent country, in a middle-class neighbourhood, is retired, has a vehicle, and doesn’t need to take public transportation. Therefore she can choose when she is exposed to others and in what circumstances. Her quality of life, and that of many others who simply worked from the comfort of their own homes, does not only contrast the lives of those living in countries with cramped populations; it is sharply different from those living not more than ten kilometres away. Those neighbourhoods do not enjoy the level of wealth, the type of work which allows for proper distancing or air circulation, or a freestanding home allowing for a self-imposed and controlled isolation.

It is this subset of the population which has contributed to my own level of COVID fatigue. By COVID fatigue I am not referencing the long-COVID side effects which started lessening after my first vaccination. I am referring to the fatigue related to the new endemic environment caused by the pandemic, and those who continue to arrogantly boast their ignorance of the suffering of others as a signal of strength. We will return to this point of identifying with a cause or notion in the next section.

Having dealt with many dozens of people who fall into this category over the last year and a half, I have recognised a characteristic which differentiates those who acknowledge the perils of the pandemic from those who dismiss its severity and look towards distractions and captivating (for them) conspiracy theories. I have found the first type to be people who tend to listen, and the second type to be those who speak and profess at every opportunity — ­­even when asking for another’s opinion, they use that opportunity as a launchpad for a monologue about their own views.

This has become exhausting. Never before have we in this generation had a prolonged period where everyone’s focus and general topic of concern centred on one subject. Just as we tire from the company of one person after being on the phone with them for a certain amount of time, I have found that the first type have come to dismiss the second type due to fatigue. This is due to repeating the same conversation time and again. We are tired of having the same conversation with dozens to hundreds of people who do not bother to inform themselves. The sources to which these people turn to all boil down to gossip on social media and opinion pieces from sites and television channels aligned with either end of the political spectrum.

What one can do to battle COVID-19-induced social fatigue:

I left the gathering not only with a new perspective on my own COVID-19-induced fatigue, but one that signaled valid distress. This sense of disquiet came from the acknowledgement that I was starting to veer into a dangerous mindset —a typical us-versus-them outlook. Us are those who continually read and keep up-to-date with the world’s news while leading stressful and hectic lives. Them arethose who have a casual relationship with their surroundings and are isolated from a direct cause-and-effect correspondence with the world around them. This leads to naturally identifying with a group that can be dangerous and unfair to others. This behaviour leads to generalizations and a blind rejection of others. This ultimately is yet another form of tribalism. Like all us-versus-them groupings, it is all too easy to see oneself as superior in this manner, just as it is very easy for them to view us as mindless sheep who blindly follow orders. 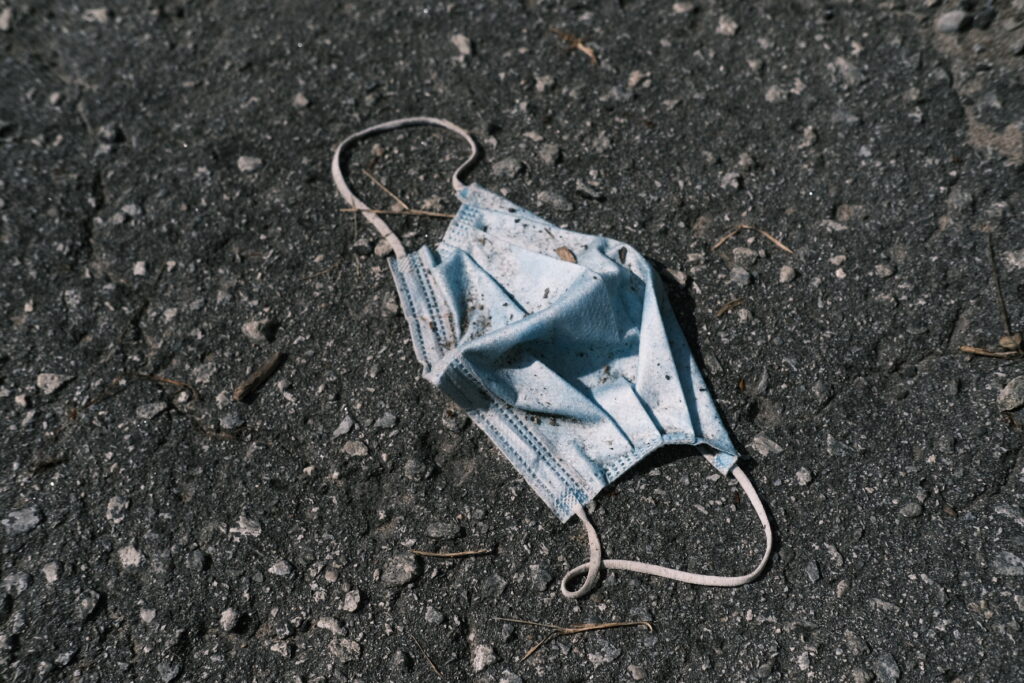 An example of how this can be damaging is something that I and a few of my friends had experienced. We came to view others who exhibited these ignorant tendencies as being people who were wasting our time. When viewing others who are wasting our time, we naturally elevate ourselves above them and believe that we are better than them. It does not help that the people whom we view as wasting our time share the same characteristics that were detailed in the previous section —this being of talking and not listening. Furthermore, our agitation and lack of tolerance for others who waste our time in other areas and aspects of our lives increases. Both in social and work settings, I found myself allotting a certain amount of time for some people, those who instead of completing their work and catching up, I left behind once they had taken up a certain amount of my time before moving on to the next pressing concern. When in non-urgent scenarios, I and others would refer these people to the materials which were self-explanatory and let them explicitly know that what they were doing was not acceptable. Over the last few months, this did not result in these friends, employees, coworkers, and clients putting more effort forward. It resulted in them either becoming more isolated  or with smaller niche circles in a group of friends. This is where the damage occurs. Instead of any progress being made, communications degrade both in quality and frequency, thus allowing for further mistakes, misunderstandings, and a decreased quality of both professional and personal lives of everyone involved. Those who actively waste your time for their own entertainment are simply not worth engaging, or giving them the level of consideration that others would.

Having a background in psychology, my solution was to constant self-monitor while continuing to choose my battles and refining moments that become teachable moments — these being worthy of one’s time based on the chances of the discussion being productive or not. Many others are facing this form of social fatigue and starting to resent others, especially since we are, for the most part, out of practice when it comes to dealing with others in dynamic and in-person social circumstances. By using our innate characteristics to educate ourselves about the world around us, this solution offers hope. Instead of giving in to fatigue and once again seeing another social encounter as a waste of time, look at it as an ongoing experiment and project. This project would eventually result in improving how we interact with the world, thus resulting in decreased situations where we leave a wake of isolation and discomfort in our wake. Every person is different, and how they deal with and adapt to these scenarios varies with our tolerances and endurance. This conscious engagement of one’s environment and how to deal with it has helped me, and it may help you when it comes to dealing with COVID-19-induced social fatigue. Such practice is urgent and important for the world is opening up and we are once again having to interact with people in uncontrolled environments more often.

Last yet most importantly, we have to come to terms that this is truly who we are. For those of us who listen, we often seem to be fighting the notion that we as a species are better than this,  this being the people whom we butt heads with who give into hate, xenophobia, fascism, extreme forms of religion, and the list can go on for quite a long time. And that is the point. The list will go on forever and that list will continue to get longer. This is truly who we are as a species, and we need to accept this, and learn how to pick our battles while ensuring the best possible outcome with each interaction.