This Book Review will be approached in a different manner than the rest and for good reason. It is obvious as to why this book was reviewed and regarded so highly, so I am going to split this review into three parts.

The first part will give you a brief synopsis of the plot and what to expect.

The second part will be directed towards people who will enjoy this book, and in what scenarios they would enjoy it.

The third part will be for those who read quite a lot and would be taken out of the experience by being continuously bombarded with literary mechanisms and arbitrary character development methods. You may also have a hard time reading this book if you have a  background in developmental psychology, so steer clear if you do.

As usual I will keep all the spoilers out of this review for I still do believe that this book has some value and might be worth your time in the right circumstances. The following structures of my reviews may become like this depending on the title in question.

We are introduced to a very mature and resilient teen by the name of East who works as a primary lookout for a drug den in a neighbourhood called “The Boxes” in Los Angeles. His task is to spear head and ensure that a murder of a Judge over a thousand miles away gets accomplished. This book is one part a haphazard road trip story between young men and teens, and another part being a heart warming tale about a boy who is constantly fighting his unfortunate circumstances and doing his best to be a better person. 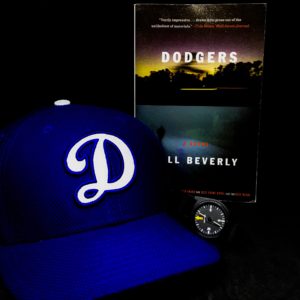 Part 2: Who this book is for, and why I would recommend it

This book is written very well. The dialogue, action sequences, and interactions between the characters is executed masterfully and keeps the pace of the pages turning at a good and even tempo through out the book. Without staying in one place too long, or dwelling on certain relationships for too many paragraphs, Mr. Beverly has essentially made an ideal book to be read in a couple of sittings, over a long flight, or for those who only read books during vacations.

Part 3: Why I would not recommend this book

I’ll preface this section by saying that once again, this book has received a lot of praise by people who are lot smarter than I am, and who write such reviews for a living. Never the less, I felt more insulted than entertained at the halfway point of the book and for good reason. I will also leave out any social and demographic reasons as to why one might become upset by reading this book, for I will let the facts and the book speak for itself only.

This is a story about the growth of the character of a young teenager named East. It focuses on how he is at first the product of his circumstances and surroundings, and how he elevates himself above that once he is taken out of his surroundings. East is a very resourceful and mature 16 year old who is entirely independent and is responsible for those older and bigger than him at his job at the drug den. The path towards absolution for East is dragged out for the first half of the book, before accelerating at an alarming  rate and coming to an unintended premature resolution in the second half.

To illustrate this, we are constantly bombarded with imagery of the scenery as to how it is viewed from his neighbourhood, “The Boxes”, and as to how it changes as the story progresses. The sheer frequency of this tool used would be excused if it was something that the character himself related to in a strong way throughout the book, but it disappears when it is no longer of any use for the story’s progression. It makes the first portion of the book which is concerned with the road trip very grating. These images are undermined later in the book unfortunately as well. When East recognizes elements of his new surroundings and uses them in a critical manner this becomes a problem. The usage of the scenery as the device emphasizing Easts limited world view and life experiences repeatedly only magnifies such errors later on in the book. The reader does not need this many identical reminders in a book of this size about the lead characters background.

I have in the past had dinner with some folks who constantly bring up their upbringing, or a facet of their character which they believe justifies their unique point of view of the world constantly. In one particular case this individual started every other sentence with, “As a person of this background, (pause) I feel that…” This constant mentioning of one’s perceived value of self worth incessantly in order to validate their opinion, simply made the evening a nightmare.

This is what the first half of this book felt like. The only reason why I continued to read and take notes of this book was due to the high praise it received. 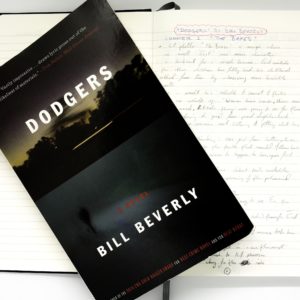 This is made worse in so many ways, especially when it comes to character development and the very characters themselves. First, East has a half brother by the name of Ty, which like East does not think, or behave like a child at all. The only way which Ty traditionally behaves like a child is his habit of playing video games which is something many adults do as well. This is excused early on in both East and Ty’s case as to mentioning that they had been through and seen a lot of horrible events growing up. East thinks hyper-analytically, profiles men, women, girls, boys and situations constantly the way an intelligent adult would. East is a very well reasoned and calculated man in this book. The excuse of a child going through a lot does not explain decades of psychological development occurring in a short time span, thus resulting in an adult mind. It is very difficult to write a child character or a young teenager as your lead character. Many authors such as Ian McEwan described the difficulties in writing a children’s book in his efforts in writing “The Daydreamer”, and Salman Rushdie in his struggles of writing “Haroun and the Sea of Stories”. It is not acceptable to bypass these inherent challenges of portraying a child’s viewpoint and actions on two occasions within the same book, by simply making them an adult due to difficult circumstances.

Having grown up with and around children who had themselves grown up in violent circumstances, witnessed terrorizing events, and who at ages half of the lead characters carried weapons with them with the intention of using them, I found this quick method of writing off a child’s behaviour as an adults very confusing and insulting as a reader. Going through trauma does not eradicate someone of their childhood and transport them into adulthood. It might rob them of their sense of innocence and wonder that we attach to childhood, but not childhood itself. That is not how the human brain develops and grows. Otherwise schools, academic programs, and our species would be entirely different and unrecognizable.

The fact that the only characters who act their age, are secondary characters, and are the other young men who are along for the road trip further magnifies this and isolates the two brothers as inorganic and unnatural.

This is done with his brother Ty as well, but instead of making him a calculating logical person, Mr. Beverly makes him into a cold calculating sociopath and a killer. This also happens to be the exact opposite of who East is and becomes as the book unravels, thus creating an easy avenue for conflict. Obviously there is a lot of tension between the two brothers since they were designed this way, and here is the problem.

The book feels overly designed. Being constantly assaulted with homogeneous mechanisms, and constant referrals to one event in the early pages of the book only reinforces the exaggeration of these tools for the reader. Even the lead characters name “East” near the end of the book feels purpose built for the character. It is exactly like naming your lead character “Engineer” because they end up deciding to choose engineering as their major in university.

As the book starts to settle down and into focusing on the lead character, without any indication otherwise, East starts to become a very good person and quite considerate towards others. After one good deed at the climax of the book, East literally becomes a saint.

This last portion of the book is oddly where the book shines. Without having to constantly justify the decision making process of the brothers, the book settles in to find East trying to make his way in the world as something other than gang member from Los Angeles. His calculated charm and good nature come through, but seemingly out of no where. His brief interactions with his mother, and Ty mentioning such interactions once, are not enough to make his actions beyond the climax of the book come without shock either.

Lastly the book closes in a very predictable manner which tries to neatly bring the character arch of East to a conclusion. In reality this is not the case since the character had technically not grown since his decision to make a life for himself outside his norms after the roaring crescendo of the books genuinely engaging climax.

So would I recommend this book? Yes if you are a casual reader who approaches books with the same level of attention and expectations for popular weekly crime television shows that clock in at hourly time slots. If you reserve your time with books to a higher standard and relish reading every page and word, then I would sadly not recommend this book. It is filled with too many repetitive blunt devices and unrealistic characters to make it worth your while.