Given the news that Amazon has picked up the television series “The Expanse” for a fourth season, I have decided to give those of you who have expressed an interest in the series a primer to proceed further into the universe. 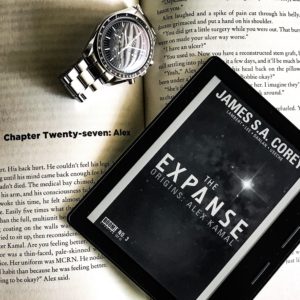 There are 4 Novellas and 4 Comics available digitally

The television series roughly covers the first three books in the series of seven so far (nine were originally planned) and also manages to cover some aspects in the later books and the novellas. With the help of the writers, the show runners have changed and added certain aspects from the novellas and later books to make the pages come to life and be more at home on the screen. So reading the books will not hamper your television viewing experience, it will only enhance it. 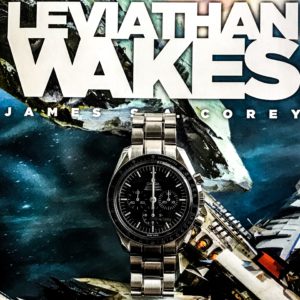 The first instalment, “Leviathan Wakes” should be an easy point of entry for you if you have seen all of the episodes.

The four digital graphic novels titled “The Expanse Origins” series covers a snapshot into the past of each four crew members of the Rocinancte. While all four are fine, the third instalment is the must read for it delves into Kamal’s past and makes his decision to lead the life he has more understandable and relatable.

The novellas are all truly wonderful and the first three really offer no spoilers for the rest of the series and provide a good supporting foundation for the television series. “The Butcher of Anderson Station” was covered quite well in the television series and “Gods of Risk” gives you a great glimpse into Bobbie’s past. Though it will make you question the casting in the series for such a young actor, but Frankie Adam’s strong portrayal of Draper more than makes up for it. 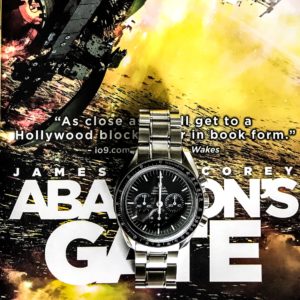 Where the Television Series has taken you so far.

“The Churn” however is an absolute must read. It takes the reader into the past of Amos while he was on Earth and it truly makes you appreciate how Wes Chatham masterfully plays the role of Amos Burton perfectly. This novella is a highlight of the book series, and in my opinion, Wes Chatham is the highlight of the television series.

You may look at the sheer number of books and pages there within and automatically decided that reading the books is too great of an endeavour for you and your schedule, but you are wrong. The authors who make up the pen name James S.A. Corey are Daniel Abraham who specializes in writing and Ty Franck who is a maestro in world building for books and for other mediums. Under Abraham’s guiding hand, the reading experience of the novels is all too easy and each chapter clocks in around 10-15 pages. This makes scheduling in time to read very easy and something that is profoundly important for us that have a very amount of limited time for dedicated reading.

The television series covers the first three books up to “Abbadon’s Gate” but reading on from there before the fourth season will not diminish your viewing experience for the series.

The only word of caution I will provide is not to read the books at a slow pace with great gaps of time in between your reading sessions. Because of the chapter structures being based around a characters point of view, it can be confusing to come back to the book while being thrusted into yet another characters set of eyes while you’re struggling to recall what happened in your previous sitting.

Given where the show is heading, it is understandable why SyFy decided to drop the series. This is because the show has only just started. It is going to take you places that will blow your mind and that require a much larger budget than what the first three seasons had demanded. So make the time to sit back in your favourite chair, pour your favourite beverage, and to further immerse yourself into The Expanse.