The calm in the middle of the workweek seemed too good to be true. This calm suddenly started swelling as my phone started chirping across my living room. My first thought was that there was an emergency on a scale that breached far past the circle of people in my care. I had decided to spend my short afternoon break catching up on the morning’s paper. The article I was reading was on the dangerous circumstances surrounding the nuclear plant in Zaporizhzhia. My second instinct was that there was something dreadfully wrong at work. Since I had stopped wearing my Garmin due to taking an extended break from training, I was no longer linked to my phone on a near-telepathic level. I placed my coffee down and made haste towards my phone to see thirty-seven notifications about the Apple Watch Ultra. Instead of letting out a sigh of relief, a frown surfaced on my brow, and I switched my phone’s profile only to alert me to emergencies. 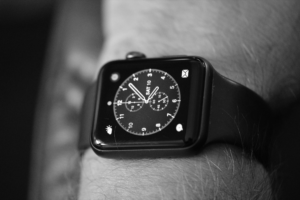 The particular brand of annoyance I felt happened earlier this year with the release and aftermath of the MoonSwatch, which to this day has not subsided. Unlike the release with the MoonSwatch, where I became cross with SWATCH Group for their lack of support for their employees who continue to have to field verbal assaults from shoppers, scalpers and collectors, the release of the Apple Watch Ultra had all of my tempers focused on collectors. The similarities the collectors and enthusiasts shared that frustrated me were how these two topics took over and became their worlds and how uninformed they were.

Unfortunately, they were uninformed about the product. In the MoonSwatch case, the collectors bellowed vitriolic slander and assault towards the poor employees at the Swatch stores simply because they could not get one when visiting. I expected this from scalpers, given the current economic climate (hold on to that thought) but from informed and educated collectors? This took me by surprise and was very disappointing. Amongst one of the collectors is a lovely man in his seventies that is mild-mannered and adored within the community.

On this weekday morning, we could see the veins in his neck and forehead jutting as he swore obscenities through his mask at the Swatch employee, who could not have been over twenty-one. The sheer level of entitlement and self-centredness on display was gutting, especially over such a trivial matter as a plastic watch. Those standing in line knew that the store only gets a limited number of the desired MoonSwatches and that they have no control over it. The store issues out tickets that those standing in line can attain and come back later when a model of a MoonSwatch is available. Instead of having sympathy for the employees who have been under unrelenting pressure for months, the enthusiasts in line and others whom I spoke with earlier this week continue to have an entitled and self-centred view of the MoonSwatch. Here they choose to be misinformed actively and to react with anger rather than understanding.

When it came to the release of the Apple Watch Ultra, the watch community reacted in the same self-centred manner, whereas interestingly, those whom the Apple Watch Ultra is targeting did not. In various chat rooms and groups, the wristwatch community made fun of the Apple Watch Ultra and how it failed to compete with their mechanical watches. Where they could have done a little reading to figure out that the new watch was targeting the GPS Enabled Smartwatch segment, they instead only looked in the mirror and as to how the release reflected on their identity. This is not befitting a group of individuals who are proud of their knowledge base (hold on to that thought). This 49mm smartwatch is competing against higher-end watches from Garmin, Suunto and Polar and, for the most part, does a good job. The marketed battery life of 17 hours (during an exercise mode which has the GPS sensor and other sensors on such as its triathlon mode) is still behind the competition listed above for most endurance activities, and the diving application does pose a problem. 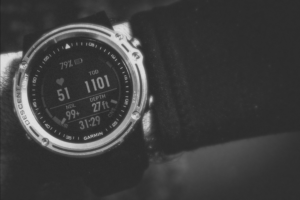 Though the Apple Watch Ultra is not a direct competitor to the Garmin Descent or any other technical dive computer, it does raise some concerns for those working in the industry who are liable for the well-being of recreational divers.

Whereas in the past, dive instructors leading a group dive mainly had to deal with basic dive computers when leading a group of recreational divers, they now have to acquaint themselves with the third-party software application Apple provides. There is the issue of being familiar with the watch enough to reference it when needed during and after a dive. When in dive mode, the graphic user interface on the Apple Watch Ultra is very functional and attractive. Still, it is prone to constant updates making getting a quick reference for how deep a novice diver went as they wandered off more difficult. The other issue that is very troubling is during a scuba diving accident. If the diver, patient or, goodness forbid, the victim needs emergency services; their dive computer is often handed over to the medical team so they can know precisely what went wrong with the diver in question. Apple Watches have a locking feature that can not be disabled if the diver is unconscious. Furthermore, there are highly sensitive data stored on the Apple Watch, raising privacy issues when handing over such a device. I have not heard about these concerns from dive professionals yet, but these are genuine concerns.

Sadly, in 2022, this has been a consistent and depressing mainstay within the watch enthusiast community. This is, of course, not true of every individual, but the lack of general knowledge and awareness about the world has been alarming. I had multiple people ask what happened at the Fukushima Daiichi nuclear site just over a decade ago when I mentioned the current situation in Zaporizhzhia, Ukraine. Alarming words in newspaper articles from experts such as, “…water can separate (at high temperatures if the water-cooling systems are threatened) into oxygen and hydrogen, which can then explode in a kind of dirty bomb scenario,”1 have no meaning for a lot of people whom I have interacted with. With the passing of Queen Elizabeth II, some asked who Princess Diana was, some asked why the UK now had some lady as a Prime Minister, and a few even asked what Brexit was. This last point was strange since they worked in fields directly impacted by Brexit. Earlier in the year, right after the invasion of Ukraine, many were not aware of the geography of the surrounding area. Many did not know that Georgia and Moldova were countries. Many could not even point on a map where Belarus was. These are not acceptable gaps in one’s knowledge. This is especially the case for a group of people for whom the majority hold at least a bachelor’s degree and see themselves as professionals. 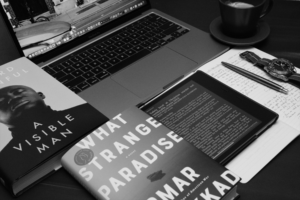 It is sad that the biggest takeaway that I could walk away with from these two releases was how uninformed many people are in this community, but also how self-centred their views on the world are. Given how the world’s economy is further contracting, it is pertinent for us in this community that others view as careless consumerism to behave better and become better all-around people. Nothing revolves around you, no one owes you a single thing, and furthermore, this hobby, in the grand scheme of things, is irrelevant and not worth getting upset over. It is fine to use the hobby surrounding watches and the many hours a week that is spent on them as a distraction. What is not fine or acceptable is turning a blind eye to pressing matters on both local and global scales as a result.