The anticipation for a second book in the series was nearly overwhelming even before I finished reading the first act of the first book. I quickly preordered the second book on my Kindle and continued to read on, slowly becoming concerned about the preorder. I promised a few close friends a brief review of Adrian Tchaikovsky’s two books in The Final Architecture Series. The first being “Shards of Earth” and the second being “Eyes of the Void”, but what transpired over the course of two books necessitated a full review.

The first book was very promising, but echoed a lot of what the Expanse Series of books did across its nine books. The Expanse novels focused on the conflicts amongst humans while a greater, ancient, and unknown threat loomed in the background. 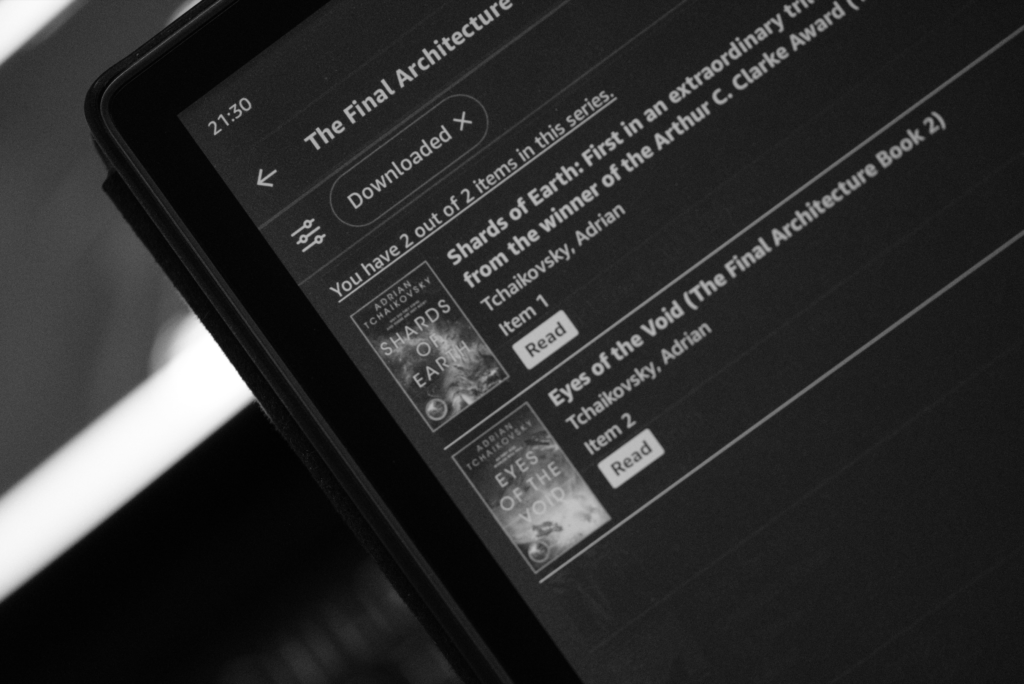 The first book was very enjoyable and did a good job for the most part in introducing the universe in which the books take place in. Its environmental storytelling did feel as if it was under a strict word count, for a new world would be explained away within its introduction briefly, only for the reader to rely upon their memory in later pages when the characters would emerge from an indoor environment. This made the universe seem to have a lack of depth. This was the first occasion where the series felt rushed.

The second book is where the reader truly gets a full grasp of the book simultaneously being rushed, but also playing for time needlessly, and thus wasting the reader’s time. In the second last act, some discoveries and actions of relatively major characters that were of importance were not experienced by the reader. They were merely told about it as one of the more prominent characters did something else. In one occasion, the prominent character hit a dead end only to develop her character yet revealing nothing new (more on this later), while another character made the discovery needed to advance the plot.

Throughout the second book, the reader is not only constantly reminded of what happened in the first book and the basic rules upon which this universe abides by, but are repeatedly done so for matters that happened a few chapters earlier.  Whether this be character traits (the above needless character refortification), or how technology, or different groups of characters worked. This again resulted in the reader’s time being wasted. 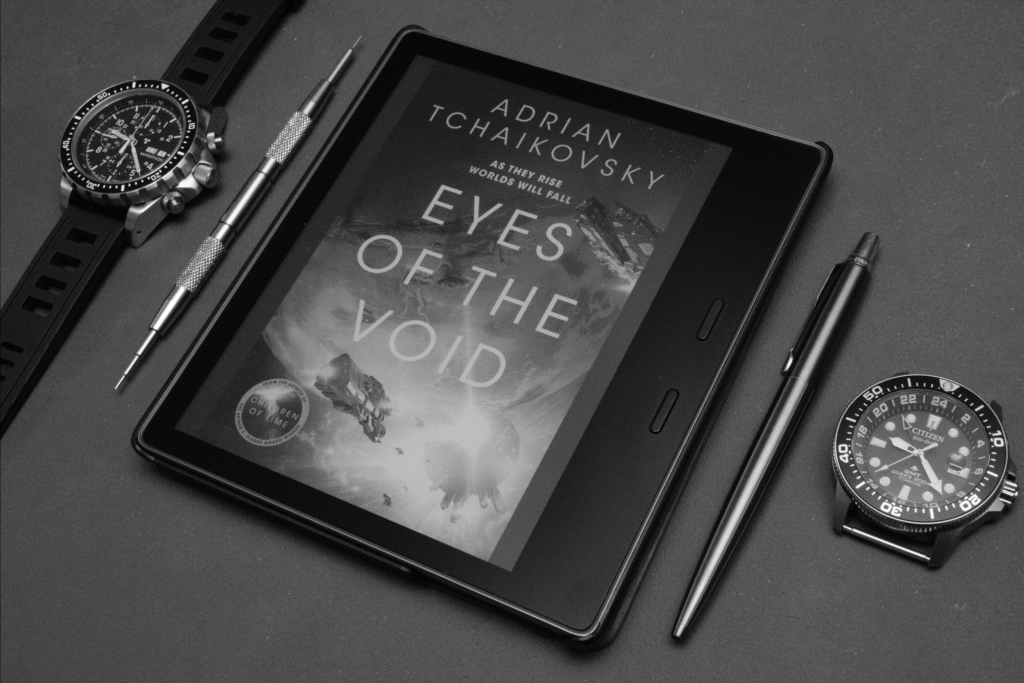 Second to last, the final act is needlessly drawn out by the main character being vague in his communications leaving questions for the other characters and for the reader. This was done to extend the length of the book and the series onto another yet to be released book. Instead of the main character telling us what he discovered, he kept on saying that “it was not what we think” and this ramping up to a bigger and more challenging conflict in the third book.

All of this feels like consuming “content” and not a novel. The author is immensely talented and writes in a manner that mere mortals such as myself could never dream of. But, there is a difference between reading a book which had each sentence painfully crafted to make the best work possible, and that of a product which only served to fit within a business plan or book deal.

In conclusion, the second book could have either been a lot shorter, thereby leaving out the repetitive explanations of details that we the reader already knew. It could have easily been longer, as could the first book by bothering to describe the environments, alien creatures, and plot developments in more detail. I would have preferred the second for Tchaikovsky’s writing is enjoyable to the point of being addictive. However, the two books fail in a damaging manner, and this is where the reader’s time was not respected. As a result, I am not looking forward to reading the third instalment to the series, and as a result, I can not recommend this book series to anyone.