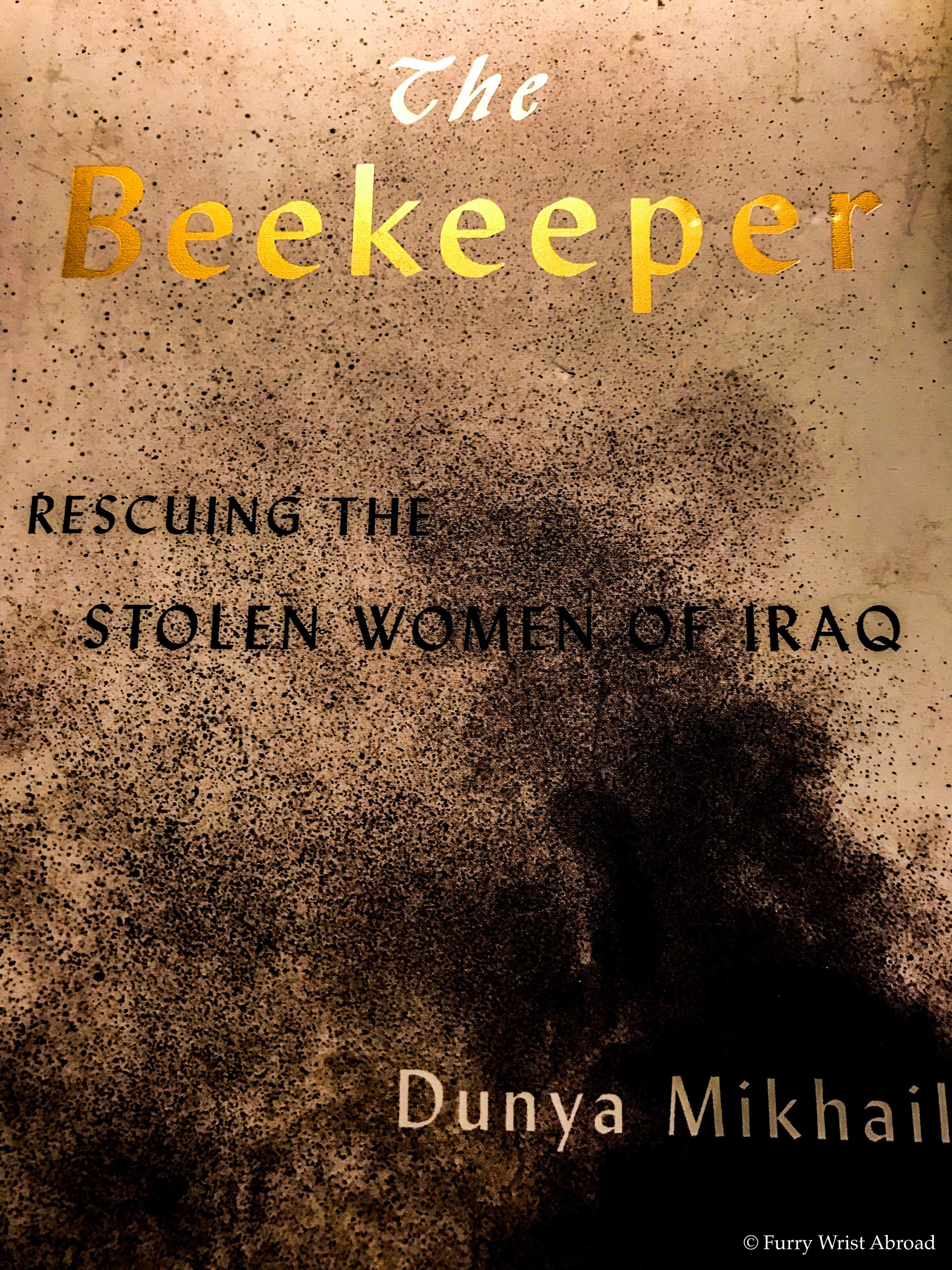 As always, I will leave out many details and spoilers from this wonderful work in this review. This way you can experience this book unhindered by my thoughts, and fully under the guidance and care of Ms. Mikhail.

Certain works of non-fiction literature have the power to reduce us into tears through illustrating painful facts and events ardently and lucidly. Very few do so by marrying journalism with such a high degree of poetry and care that Dunya Mikhail has done in her work “The Beekeeper: Rescuing the Stolen Women of Iraq”. Ms. Mikhail is a brilliant poet who had to flee her native land of Iraq in 1996 due to the Hussein government threatening her for her writing. She now teaches at Oakland University north of Detroit, writes poetry that has the capability to knock the reader’s breath right out from their lungs, and write books about the troubles her homeland and the continuous challenges which are faced there. 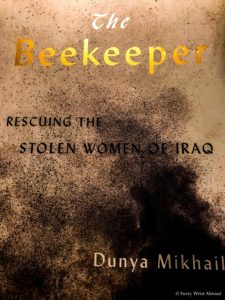 The importance of her daily work as a teacher, and how it contrasted with her research for this book takes centre stage right from the first page. This is easily mirrored for the reader who most likely themselves leads a relatively comfortable life, and who is about to be taken on an expedition of others suffering. While teaching Arabic to young university students, her correspondence with Abdullah Shrem (The Beekeeper himself) and the horrors she had to hear about gives us the reader the true sense of the dismay this world has to offer as we read in the comfort of a safe and stable society. Her repeated efforts in not letting that world bleed into the lives of her students is alone a testament to how powerful these stories from afar are.

Since the Arab Spring and its varying multiple aftermaths, the birth if ISIS/Daesh resulted in a humanitarian crisis that has reached across many borders. They continue to be active in finding strongholds where they can, as the rest of the world fights back in varying degrees of commitment.

Our esteemed author brings us the horrors with her correspondence with Mr. Shrem as he fights to free the many women, who mostly are of Yazidi background from the torturous grasp of the Daesh. Some are from the accounts of men who managed to survive the mass executions as well. Often having to try to flee from a mass grave after a period of playing dead, these men had to nurse horrid wounds and injuries on their very long journey towards freedom.

The dogma that the Daesh operate under which justifies these horrid acts is rather twisted and simple in how it is approached and implemented. For groups which do not conform to their particular brand of radicalised Islam, it is their duty to commit genocide of the males of that group, and any of the members which can not be trained to fight for them such as young boys. They are also lead to believe that it is their duty to cleanse the women of these groups by repeatedly raping them and using them to breed and increase the population of their radicalised community.

Mr. Shrem, on his spare time was a Beekeeper before the Daesh unleashed their terror on the middle east. He had over 56 members of his family go missing and only managed to rescue one of his relatives by the name of Marwa. After finding his brother in a mass grave, Shrem decided to devote himself towards helping those who were suffering under the torturous hands of the Daesh.

After a kidnapped woman or sometimes girl is located, Mr. Shrem uses a network of smugglers who in turn for their very dangerous jobs ask for compensation from the families and communities of the kidnapped victims. Often times the women and girls are sold back by the Daesh themselves at astronomic prices. The danger which these smugglers are subjected to is very real and at times are themselves caught and gruesomely killed. After locating the victims, Mr. Shrem coordinates with the smugglers by using Google maps and by finding the victims safe-houses. There they will reside for a few days and upwards to a couple of weeks. They are then subjected to the long and dangerous trek back to their families.

It is when they return to their families or manage to escape that Ms. Mikhail gets to speak with them over the phone, and then gets the chance to share their stories with us. Many talked about the beginnings as their villages and towns would quickly try their best to get away from the Daesh resulting in a dangerous mass migration. Either by getting caught on the way, or if they decided to go back in a moments hesitation, the results were always the same, and without exception terrifyingly dreadful. After being forced to watch their loved ones become separated from each other, and sometimes executed in front of them, these women would then begin their inhumane journey of being sold off to a Daesh fighter or to men from abroad as sex slaves and what they called “wives” which is unbelievably appalling. Some of these men came from Saudi Arabia and even the United States who resided in the middle east. Many of us who are in parts of the world which are not affected by this level of violence and extremism often tell ourselves that these problems only exist within the borders of far off lands. This is obviously not the case for extremism and its influence knows no borders, and will happily infect and occupy the minds of any are willing worldwide.

As the reader progresses through the book, they are treated to a gentle helping of Ms. Mikhail’s poetry which comes in at timely moments never taking centre stage, but rather bringing these struggles to life for us. By Chapter 6 her poetry fully engages the reader at the start and at various points throughout the chapters. Eloquent and poignant, the many experiences the that were shared while corresponding with Mr. Shrem and those of who he helped escape, are focused through the lens of her poetry. A stunning and breathtakingly painful account for the destructive history that the land of Iraq had and continues to suffer from is depicted in a manner that truly shows those who do not read poetry frequently, how powerful and telling it poetry can be.

For those of us who are privileged to take the time necessary to read such an important work, it is up to us to spread and share the concerns and challenges of our fellow human beings abroad to those who can not be bothered to do so. Whether it be the continuing and very modern day suffering of women as sex slaves and their petrifying battle between their maternal instincts towards keeping or aborting a child that was the result of many rapes and beatings, to that of the seeing those who have immigrated to their country from such regions in a new light. If enough of us become aware of these current events, maybe we can inspire those in a position to potentially make a difference to do so.

At the end of the day, those who are not infected with a memetic virus of extremism, as Daniel C. Dennett had put it many years ago, the duty is upon us to see past our daily lives and efforts in securing our immediate communities safety. It is through the help of talented and powerful writers such as Dunya Mikhail, that we can see past our own struggles and hopefully help those suffering from such atrocities.