Certain books have a way of never losing their relevance and finding greater relevance time and again. January 2020 marked the 29th straight year that Iraq has been bombed by a foreign force. Since the first Gulf War, Iraq had been repeatedly bombed only to be suffocated with crippling sanctions, and has had its infrastructure continually stripped and destroyed with the latter happening again in the post-invasion period. 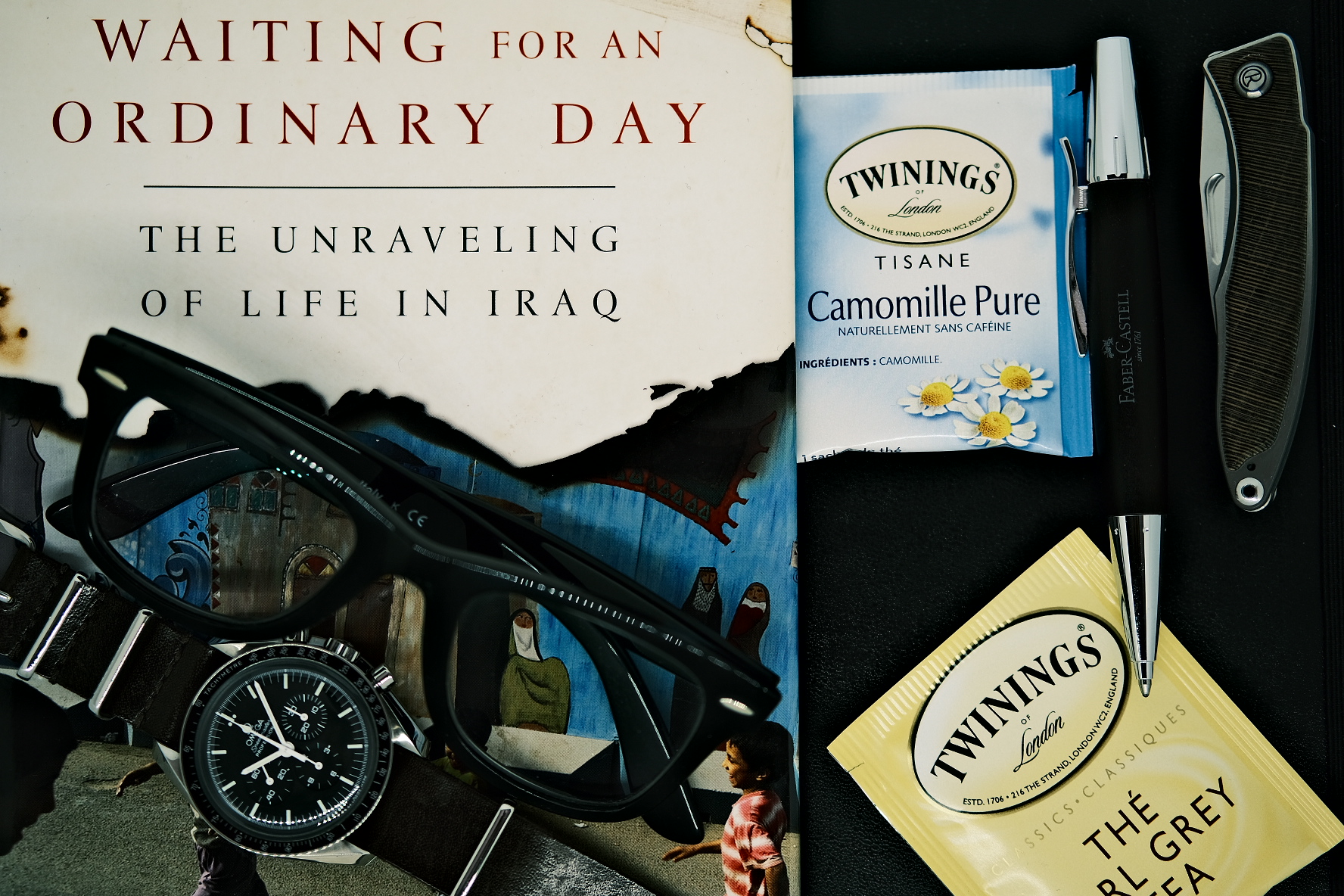 While being forced to limit my own movements while taking care of others with compromised immune systems, I was reminded of the 2008 release Waiting for an Ordinary Day by Farnaz Fassihi, and how today’s discomforts, no matter how mild, can easily make us forget about those experiencing the violent horrors of the present elsewhere.

Today, billions of people are awaiting a return to their normal lives because of the COVID-19 pandemic. As countless lives are lost because of this horrific virus that targets our most vulnerable, as countless jobs, businesses and careers are ruthlessly brought to a devastating end, there are ever-resounding bellows of discomfort on all platforms about the discomforts of being forced to stay home. However, everything is relative and people have varying degrees of comfort. One person’s worst day where he or she sees the charred dismembered body parts of his or her neighbours in the street after an explosion, may very well just be an ordinary day for another on the other side of the globe.

This book is relevant for today’s audience for many reasons. Foremost it lays the groundwork for the disaster that is modern-day Iraq. It gives the reader good background about the war that had almost started between the United States and Iran at the beginning of 2020. It also gives an important view into the lives of journalists in a time where they are under attack not only from the usual authoritarian administrations, but from those such as the United States’ which have previously held the press in high regard. As the number of people who read the newspaper started dwindling about ten years ago, the awe and admiration for foreign correspondents have dwindled as well. This very special breed of high- performing human mixes the admirable traits of being highly intelligent and empathetic, while also mastering risk appraisal and management. Lastly, we the audience who was aching for a return to normal life during the pandemic of 2020, get a window into the real horror of being surrounded by atrocious violence, when all you want is a life where you could comfortably just go to the market and come back home unscathed.

As the deputy bureau chief for the Wall Street Journal in the Middle East, Mrs. Fassihi was well-equipped for the task with a background that gave her a unique perspective on the developing situation in Iraq as it was invaded and occupied by the United States. Being of Iranian descent, she was able to draw on her early childhood experience in Iran during the Iran-Iraq War and see the changes of her landscape as Iran’s influence grew over its neighbour. It also gave her a historical perspective about the region as to how many citizens in a country at war have their hopes and dreams ravaged.

Throughout her tour in Iraq, Mrs. Fassihi documented the gradual decline of the Iraqi state under the warped reality of the Hussein regime, to the horrors that resulted from the occupation by the United States. She developed close relationships with many Iraqis including families such as the Nassers. As the war got worse, her concern for those around her almost became crippling. After her night driver was kidnapped and released for ransom, matters only got worse as the war escalated. It is in her reporting of the everyday terror that Iraqis endured that we should be paying extra attention to now. Horrific bombings of funerals and weddings and daily kidnappings all result in stunted futures and lost dreams.

A few months ago before the pandemic hit, I was in a taxi with a driver who had emigrated from Iraq in the mid-2000s. We talked about how while he was growing up, all his dreams and ambitions were just to provide for his family and to hopefully find the love of his life. He then told me that after coming to Canada, what brings him the most joy in his life is seeing his two children dreaming about entering varying professions as they grow. His youngest dreamed about becoming a pilot. When telling me this he fought back tears while navigating the winter storm engulfing Toronto. He told me that in Iraq, you were born with either the ability to have dreams, or to not have dreams. All of your possibilities were limited depending on your family’s position in the eyes of the Hussein regime and the military. These dreams were further crushed after the occupation.

Those of us in countries such as Canada, the United States, and England have had our daily routines interrupted for the first time because of the COVID-19 crisis. The last time some of us experienced this was during the Second World War. Unlike those living in war zones where they have to limit their movements and endure sacrifice in nearly every facet of their lives with no end in sight, we did have a choice. We had the choice to make painful sacrifices that would result in years of recovery for some of us. Instead of doing so, we failed. We as a society grew tired of doing the right thing. We decided that staying home, working virtually, wearing a mask, closing down our hard-won businesses in order to survive another day were too much. We got bored with the news cycle of the pandemic and refused to do our part to starve this virus, forgettingthe tragic amount of deaths of our elderly in long-erm care facilities.

Rage is a fickle mistress and likes to move on to one target at a time. At the time of writing this book review, many states and provinces have started opening up their businesses and other facilities of life for a second phase, only to see cases of COVID-19 rise again to new records. It seems that an invisible enemy such as a virus operates with the perfect amount of stealth for humans to move on until it is too late.

Books such as this give us a reminder of what truly matters in life, that being life itself. This pandemic has shown us our true nature when all of us are concerned. A lot of humanity are cognitively lazy, and unwilling to make compromises when their identity is challenged. Just as how economic hard times fostered movements such as the Nazi party, this pandemic and all of its economic, psychological, and physical discomforts have also resulted in an increase in nationalism and racism. It took the sight of mass graves in New York City and strong leadership from New York Governor Cuomo to get positive and lasting results in New York’s fight against this pandemic. Without having to face horrors personally, all we humans have proved is that we are not up to challenging existential tasks such as pandemics and climate change. Books such as Waiting for an Ordinary Day give the reader a perspective of how life can turn out and how to act proportionally to our challenges at hand. This is sadly something that the general public is lacking and it is costing lives.